In need of a good book for summer? I didn't read much in 2018 but I did come across some eye-opening, challenging and inspiring books this year. This is my list.

{This post contains affiliate links but if you’re able to borrow the books from friends, family or your local library, even better.}

Every year I seem to read less.

I used to have plans to read over 100 books a year but over time, I’ve scaled my aspirations back to – what I now hope – are realistic goals. Sadly, this year I’m not even close to my measly reading goal of 66 books, and I’m not entirely sure how I’m going to manage 9 books within the remaining 5 days. That’s 1.5 books a day but who’s counting…

Regardless of my reading goals, I did come across some eye-opening, challenging and inspiring reads this year. And since it’s the end of the year, I just want to share some of these awesome books here. Maybe they’ll inspire you too. There are a fair few genres I don’t read.

I’m not into sci-fi (but have made one or two exceptions), I don’t read psychological thrillers or true crime stories (I get nightmares), and I don’t read romance, especially of the sexy kind (makes me gag).

What I do love are fairy tales (including retellings), fantasy (especially of the YA kind), non-fiction (mostly memoirs, biographies, travel stories, or about social, historical or health issues), historical and contemporary fiction and literature (doesn’t always have to be deep), and mysteries of the Agatha Christie kind.

Thus my favourite reads of 2018 should come as no surprise. 🙂

[Note: These books weren’t necessarily published in 2018, it’s just that I read them this year.]

1. THE LANGUAGE OF THORNS | LEIGH BARDUGO This book is simply gorgeous.

I don’t usually hunt for certain editions of a book that I want to read but thankfully I have a sister who pays attention to such details and blesses me with amazing editions.

The Language of Thorns has illustrations that become more elaborate on each page, colour font, beautiful paper, and spellbinding tales about magic, revenge, sacrifice and love. I whizzed through all six tales within a few days.

It’s probably even more enjoyable if you’re familiar with Leigh Bardugo’s Grisha tales but even if not, her skill in spinning fairy tales and weave intricate nets of magic is beautiful. Highly recommended if you’re keen to have a bit of dark fairy tale magic cast its spell on you. From fairy tales to less than fairy tale memoirs.

Nina Willner’s story of being sent to East Germany as an American undercover operative in the 1980s is a fascinating account of a time in history that’s fundamentally shaped me.

Aside from the whole CIA spy story element, she portrays her grandparents’ and parents’ life post-WW2 and into the 1950s, 60s and 70s. Some family members leave, others stay, but for all of them, life goes on.

Much of what Willner describes as ordinary life in East Germany brought back memories of growing up behind the wall. Her story is extraordinary and yet so familiar.

Much to my surprise, this was one of the best books I read this year.

3. THE TATTOOIST OF AUSCHWITZ | HEATHER MORRIS While not a memoir, this fictional account of Lale Sokolov, the tattooist of Auschwitz, is based on a true story.

I’ve read so many holocaust and WW2 books, both fiction and non-fiction, that I’ve lost count and only a few really stand out. This is one of them.

As the title suggests, it’s the story of how Lale, a Slovakian Jew, became the tattooist of Auschwitz. You know, that person who tattooed each inmate marked worthy of doing labour by reducing them to a mere number in the giant machinery that was the Third Reich.

Despite the terrifying situation Lale finds himself in, there’s so much hope, light and determination to survive in this book that it’ll lift you out of despair and remind you what we’re capable of in the face of evil.

4. THE MEANING OF MARRIAGE | TIMOTHY KELLER Like WW2 books, I’ve read my fair share of (faith-based) books about marriage, both before and after I got married.

I find most of them fairly bland as they usually throw a few Bible verses together, a list of well-meaning pieces of advice around communication, money, the bedroom and kids, mixed in with some sort of questionnaire to supposedly help you better understand each other.

The Meaning of Marriage is different. Based on solid theological ground, Keller provides a meaty discussion of what marriage and commitment means in a post-modern, post-truth world where few boundaries exist and the idea of ‘my truth is as good as your truth’ prevails.

I found myself reading out entire chapters to the husband, frequently followed by intense theological and philosophical discussions. (I think he was happy when I finished the book so he got a break from my ‘oh, I have to read you this passage!’ outbursts)

If you want a ’10 steps to a successful marriage’ quick read, this is not your book. But if you want meat and substance, and are willing to delve a bit deeper theologically, give this a go.

5. YOU ARE THE PLACEBO | JOE DISPENZA

I wouldn’t have picked this up if my naturopath hadn’t recommended it.

I initially started with the audio version but then got so bamboozled with all the facts, figures and studies cited that I couldn’t keep anything straight in my head. And so I switched to the paper version, which, admittedly, I haven’t quite finished.

But what I have read so far has really got me thinking about how powerful our minds are.

Dispenza’s basic premise revolves around the understanding that human beings have the capacity to self-heal. Not a novel concept, I know, but to self-heal doesn’t just mean thinking positive thoughts or getting yourself into a state of zen. Self-healing is all about strong belief, convincing yourself that you are being healed (when no drugs are at play though you might be convinced they are).

Dispenza provides study after study showing how belief is everything: People believing so strongly that they’ve received healing drugs that they’ve walked out of hospitals cancer-free, reversed arthritis, heart disease or the effects of aging.

While this might sound a bit new-agey (and that is very clearly not my cup of tea), You are the Placebo is choc-full of evidence from medicine, neuroscience, epigenetics, psychology, and behavioural science. It’s not airy-fairy, it’s down-to-earth.

You don’t have to buy into it but it’s undeniable how powerful our minds are. If we can make ourselves sick with worry and thoughts, I have no doubt we can also activate healing with what we think upon. Tim Winton is hit-and-miss for me.

I loved Dirt Music but Blueback did nothing for me, and The Turning was only ok. When I started The Shepherd’s Hut, I almost thought it was going the same way. The foul language is incessant, I could hardly follow the story and very nearly gave up.

But then I got drawn into Winton’s knack of evoking a barren, destitute and broken land called WA. He has a way of making you feel like you’re in his country town stories. You can taste the dust with the sun scorching your neck, and feel the bitterness that life with no hope and prospects brings.

If you can get over the ridiculous amount of swearing, this tale of runaway Jaxie Clackton will haunt you. The ending shook me. Well, what is there to say about 72 hours of Sherlock Holmes superbly narrated by Stephen Fry?

This brilliant production is one of those audiobooks that I want to listen to again and again. The only problem is that it takes about two months to get through!

If you’ve ever wanted to listen to the entire Sherlock Holmes collection, this is your chance. Grab it, you won’t regret it.

Find it on Goodreads

What are yours? Please share any recommendations with me in the comments. Would love to hear them (really, I would!).

I love reading about the Australian Outback. Here are 6 fascinating books I’ve particularly enjoyed about the Outback. 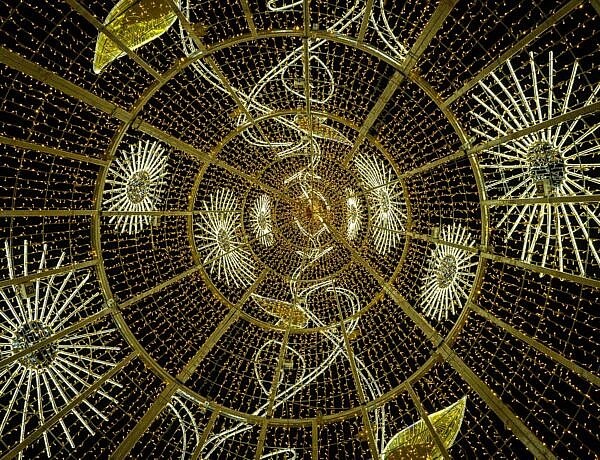