Located some 180km west of Rockhampton and just over 100km from Emerald, you’d expect Blackdown Tableland to be hot above all else. You’re getting into seriously hot spots in Queensland after all.

But Blackdown Tableland offers something surprisingly different: High up on a plateau that you’ll wind your way up into, you are presented with rainforest gullies, waterfalls, rock pools, indigenous rock art, and oh so many ferns.

With all that lush vegetation, you can expect your camping experience to be a wet and muddy one (depending on the time of year, of course). Blackdown Tableland is a relatively small national park (though you’d still want two or three days to explore it all). And because it’s so small, there’s only one camping area: Munall Campground.

Camping at Blackdown Tableland in July was a bit of a wet and foggy experience with the fog swirling around us so thick at times that you could barely make out two steps in front of you. Finding the toilets was a bit of fun then! Unlike other campgrounds we’ve camped at in Central Queensland, Munall Campground isn’t particularly picturesque. It’s surrounded by trees and giant ferns, and while you get a lot of kookaburras, the camping area ends up being just a spot for sleeping and eating.

That said, some of the walks are close by so it also makes for a convenient base to explore the national park.

The camping area has two loops with only the first one accessible for conventional cars.

The second loop was much muddier and bumpier when we were there in July. They’ve put boards down in the muddiest sections, and while you might be fine during drier weather, you probably don’t want to rely on being able to get in and out if you’re in a 2WD.

As with all Queensland National Parks campgrounds, you’ll need to pre-book your site.

At Blackdown Tableland, you’ll have 16 sites to choose from and you can book a specific one. Some are for tent-based camping only (i.e. you won’t be able to fit in a camper trailer or caravan).

We stayed in site #10, which worked out quite nicely as it’s a bit off to the side and you have no immediate neighbours. Campsite #10: The path next to the site is actually part of the campsite, not the loop road through the campground Another cheery photo of our cheery campsite

I also really liked the look of site #8 as there’s no one else near you either. There is, however, the disadvantage of having all the cars go past your site as #8 is located directly at the entrance of Loop 1.

Our least favourite sites were #1-4 as they were either too slopey, too open or too close to other sites. I also wasn’t super keen on #15 and #16 but if you’re in two groups they might work out alright as you can be next to each other.

There are no picnic tables though most campsites have a fire pit. If you light a fire, make sure you’re campfire safe.

PROS: Vehicle-based camping; able to book a specific site; convenient base for doing some of the walks; clean compost toilets; some sites afford privacy

CONS: No picnic tables; no water (so make sure you bring sufficient provisions); fairly wet and muddy during winter; bush setting with no views at all; even in winter, a few mozzies to bother the husband

For more information, I’ve got a quick guide on what to do at Blackdown Tableland.

You could also check out Queensland National Parks for more specifics on camping at Blackdown Tableland and to book your site.

There’s also a caravan park in Dingo, some 30km away, and then of course, in Emerald just over 100km away if you prefer to stay in places with more amenities.

For a more remote camping experience in the Sandstone Belt, try Expedition National Park and camp at Starkvale or the Lonesome camping areas. 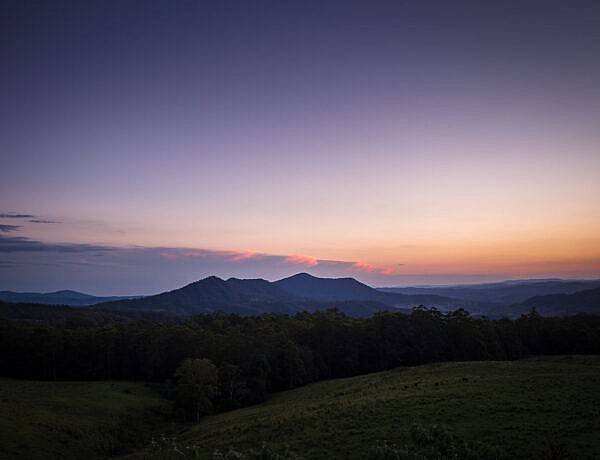 14 Spots for a Camping Weekend near Brisbane 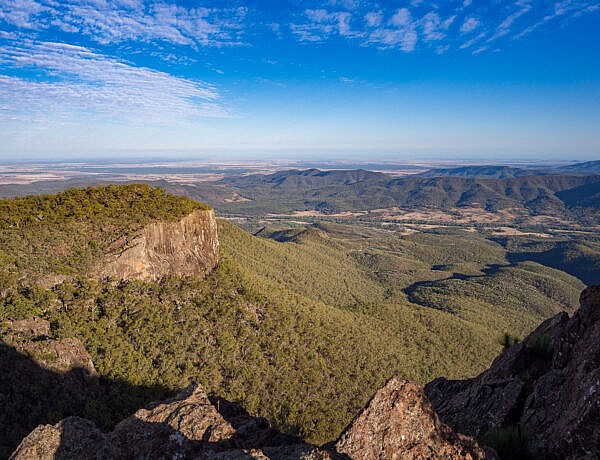 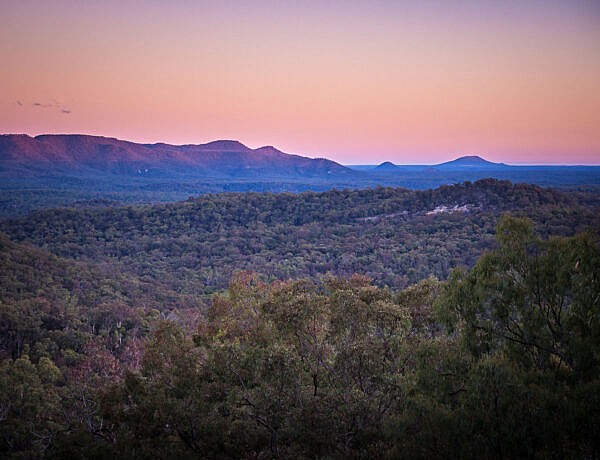