The Mount Coolum summit hike offers spectacular views of the Sunshine Coast, and whilst it's a steep climb for parts of it, the effort is well worth it!

I had tentatively earmarked visiting Noosa National Park for some exploration this weekend but we ended up doing the Mount Coolum hike.

Mount Coolum is basically Queensland’s answer to Melbourne’s 1,000 Steps, the Kokoda Memorial Walk at the foot of the Dandenongs in Melbourne.

It’s one of the most popular hikes on the Sunshine Coast and easily accessible so expect crowds. Lots of them.

Depending on the time of day (or year) you go, you may find yourself hemmed in by hordes of fitness-crazy people, the odd barefooted guy, random ill-equipped looking tourists, but thank goodness, also ordinary people like me.

Whilst most people seem to be busy with just getting to the top as quickly as possible, I’m one of the people who need to stop frequently to huff and puff for a few minutes. You can treat this hike as exercise, or try and enjoy it and stop for the views.

Mt. Coolum is 208m above sea level and sticks out like a sore thumb in the landscape. It’s oddly attractive as the man-made steps to slow down erosion and the tons of cars at its base can attest.

The 1.6 km walk is supposed to take you two hours return (so imagine my expectations of ‘oh my gosh, this is going to be soooo HARD’), but it usually takes Miss Dawdle-and-Look-Around around 1 hour to get up and down. Maybe you’re meant to throw in a few push-ups at the top??

The trail itself is quite manageable (you definitely don’t need hiking boots) and has recently been upgraded to include more steps (instead of stepping just on rocks). If you’re not good with stairs, then this trail may not be for you as you’ll be climbing a lot of them.

And be aware that there’s little shade so come prepared and wear a hat. Also, avoid the middle of the day in the summer: a) it’s too hot, and b) it’s usually hazy so the views won’t be as good.

Once you get to the summit, the view is simply spectacular. On a clear day (especially in winter), you can see all the way to Mooloolaba in the south and Sunshine Beach in the north.

You could also get stuck watching planes as they come in and take off from Sunshine Coast Airport, perfect for plane enthusiasts (not sure there were many though…).

The other place of interest you can see is the Palmer Coolum Resort with its fancy golf course and dinosaur park. Anyway, there’s a giant T-Rex on the golf course lawn, see if you can spot it below. {Update 2016: Jeff is no longer there, he found as sad explosive end by catching fire some time in 2015.}

I like going late in the afternoon as it’s usually a bit cooler by then. And one time as we drove home, we were presented with a gorgeous sunset over the airport and Mount Coolum.

Find more information, including a map of the area, on the Mount Coolum National Park website.

MORE POSTS ON WHERE TO GO HIKING ON THE SUNSHINE COAST

If you haven’t quite got the stamina or don’t feel like an uphill walk, the Noosa National Park Coastal Track makes for a perfect alternative. The coastal walk is stunning and you only have to walk as far as you want, or you could do the entire 11 km loop.

Another option is to walk up Emu Mountain in Coolum Beach, it’s a much gentler walk and won’t take longer than 45 min. You won’t get the sprawling views south but you can still see all the way to Noosa Heads.

If you want a really short walk, try any of these 11 lookouts on the Sunshine Coast, including Mount Ninderry, which offers splendid vies of Mount Coolum and the coast.

For longer hikes, here are my favourite half- and full-day hikes on the Sunshine Coast. 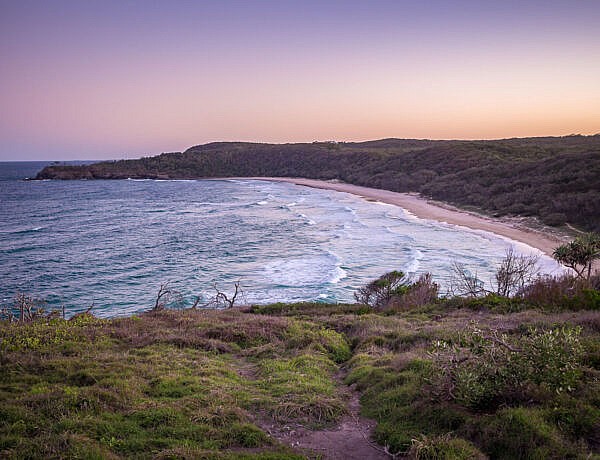 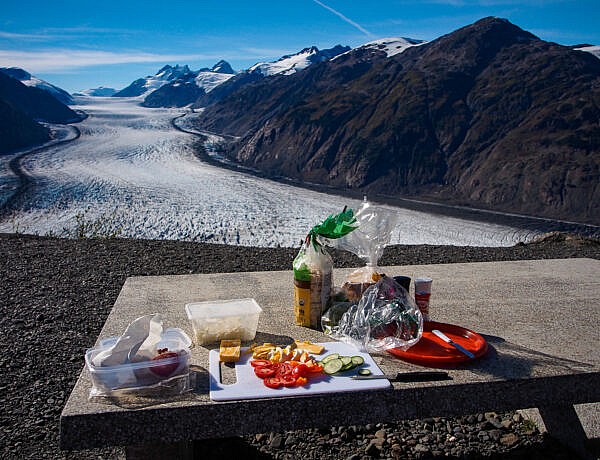