Canada would make an awesome travel destination at any time of the year but in my mind, nothing beats autumn in Canada.

The scenery is awash in brilliant autumn colours, making driving any stretch of road without stopping quite a challenge. Canada seriously knows how to turn on that autumn foliage!

Up in the far north, autumn comes early.

By late August, you’re surrounded by such incredibly vivid hues of red, orange and yellow that you keep rubbing your eyes to check if it’s real. And if you manage to go as far north as the Arctic tundra, you could even experience the first dusting of snow settling among autumn splendour. Nature gets dressed up magnificently here but only sparkles for a few short weeks.

Further south, autumn arrives a little later and you can spend September and October soaking it all in. It’s different to the north but just as spectacular.

I fell in love with the brightly golden larch trees!

There’s only so much you can squeeze into six weeks but we came across some pretty stunning autumn spots. So here are my favourite places for autumn in Canada (from north to south).

We didn’t exactly plan on visiting the Yukon for its autumn foliage, in my head spectacular autumn colours were reserved for the Eastern parts of Canada.

Tombstone was primarily on our bucket list because we’d seen images of its craggy peaks and read about its isolated wilderness. But boy, did autumn in the north surprise us!

You’ll never experience autumn like you will in the tundra. At Tombstone, we had autumn and winter in one. That first snow dusted the rugged mountain tops whilst the shrubs and bushes were basked in autumn colours.

Tombstone took my breath away. The beauty, the majesty of this place was other-worldly. I know I sound cheesy but none of the words that come to mind even vaguely seem to do Tombstone justice.

Go and see for yourself. We were a little late, a few days earlier and the tundra would have been in awash in flaming reds and crimson. The incredible view from Tombstone Point Viewpoint, no hiking required. In fact, you could even stay in your car if it’s too cold to get out!

The Top of the World Highway was once a pack trail leading out of Dawson City into neighbouring communities.

In the 1930s, it was extended into Alaska, and now connects Alaska with the Yukon. The border crossing here is one of a kind: It’s only open for a few months a year, closing for the winter in mid-September.

Come prepared for a slow drive, this highway is more dirt road than highway. The drive, however, is stunning as the road winds along on top of mountain ranges. The vegetation is more shrub-like but nonetheless brilliant in autumn. This is actually along the Taylor Highway, not yet the Top of the World. But it’s kind of along the same stretch of road, and the deep red hues were spectacular here. Autumn on Top of the World

Kluane National Park immediately catapulted itself into our top Canada experiences: It’s remote, it’s wild, it’s breathtaking. Hiking in Kluane in autumn was beyond spectacular, not least because we were treated to a close-up Dall sheep encounter.

To see the most vivid orange fall foliage ever, head to Kluane in late August to early September. It’s simply magnificent. A close-up encounter with a Dall sheep. Against her white fur, the trees looked like they were on fire.

If hiking’s not your thing, just take a road trip. The Haines Highway from Haines (Alaska) to Haines Junction (Yukon) is one of the most stunning roads I’ve ever travelled.

Driving the 300 km Haines Highway from southeast Alaska into the Yukon Territory took us over six hours. Yes, we were a little bit slow and tired from our 3:30 am ferry arrival in Haines but the entire highway was just so incredibly picturesque that we kept stopping over and over to take photos.

This is one amazing road for experiencing autumn in Canada! Fireweed along the Haines Highway

The most famous scenic highway in Canada. Everybody takes it, us included. At the time, we weren’t as enamoured with it as we had expected, mostly due to terrible weather, insane crowds even in September, and above all, having just been to the “empty” and breathtaking Yukon.

Looking through my photos, however, I have to wonder whether we were just in a poo-poo mood. Because… it looks spectacular!

So, take a couple of days, expect crowds at every single sight, and enjoy it for what it is: A spectacularly scenic road trip! Foggy weather with a few pops of orange along the Icefields Parkway: Looking into Big Bend and Big Hill The Canadian Rockies include four national parks, and we managed to do at least one hike in three of them. Autumn was in full swing, and our hike up to the Lake Agnes Teahouse in Banff National Park was yet another stunner!

I’d venture to say that it probably almost doesn’t matter what you explore in the Rockies in autumn, it’ll all be incredible (minus meeting bears, though that might be incredible too). A lot of the trails get closed off due to bear sightings so find out where you can or can’t hike first.

And if you don’t want to get out there and hike, you can just drive around. There’s so much stunning scenery you can just admire from your car window. Kananaskis Country turned out to be one of our favourite spots in Canada. We felt like we were leaving the tourists behind and stepped into Alberta’s backyard!

After a day of drizzle and fog, we got to enjoy some glorious autumn weather, which at this altitude was pretty chilly. That didn’t detract from the glowing golden and orange all around us though. Highway 95 that took us out of Kootenay National Park to Golden was a big surprise.

It was a fairly quiet drive where we got to meander through the Columbia Valley and enjoy picturesque views of the Columbia Mountains stretching across from the valley. The golden Columbia Valley. We stopped quite a few times to take in the views of the expansive valley with the Columbia River meandering through it. Driving along Highway 95. Despite the overcast skies, it was still a really picturesque drive.

Highway 99 was a spur of the moment decision, we hadn’t really planned coming back to Vancouver this way. But we had a day up our sleeve, and instead of taking busy Highway 1 from Kamloops, we kept driving west and then turned south onto Highway 99.

The drive from Lillooet to Pemberton was oh-so-pretty. The road winds along lakes and streams, and autumn shone brightly!

Most people take the Sea-to-Sky Highway section of Highway 99 from Vancouver to Whistler but I really loved the northern section. It was quiet and just so picturesque with all that autumnal foliage around us. Mountains, rivers, blue sky and empty stretches of road – could things get any better for a road trip?

Canada is the perfect destination for an autumn getaway!

If you time your visit to Canada right, you can revel in autumn foliage for weeks. Start in the north by mid/end of August and work your way south. You’ll have a bit more time here, and will get to see vivid colours into September and maybe even October depending on the altitude and how far south you are.

Or just tackle one region at a time. Canada is so massive, you’ll want to come back anyway! 🙂

Another spot that I’d imagine would be insanely picturesque is Stanley Park in Vancouver. I saw glimpses of it as we rushed around on our last night in Canada.

I’ve also seen incredible photos of autumn in Quebec, New Brunswick and Nova Scotia. Hills covered in flaming red maple leaves look unreal! Something to be gobsmacked by next time! 🙂 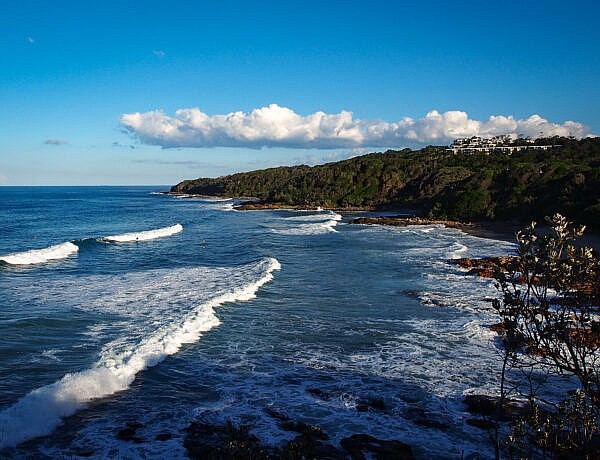