During our six weeks road trip around Canada going north from Vancouver into the Yukon and back south again to the Rockies in Alberta, we had some incredible adventures and lots of amazing experiences.

Sprinkled in between were a few disappointments, or maybe moments of ‘we should have planned this differently’.

Narrowing our trip highlights down to five was difficult enough for Germany Tops & Flops last year but Canada… !!

The whole trip was so full of superlatives that we sometimes forgot to marvel at what we were looking at and be impressed by e.g. yet another glacier or more stunning autumn foliage (except for the bears! There was no containing me the few times we did see bears!).

So after much deliberation, here are our road trip around Canada Top 5 that should be on your bucket list.

1. BEING AWESTRUCK BY THE SHEER MAJESTY OF TOMBSTONE TERRITORIAL PARK AND THE ARCTIC TUNDRA

Never would we have imagined Tombstone to be this beautiful! We arrived in drizzly, overcast weather, woke up to snow and ice, and left the next day wishing we could stay forever (or at least a few more days). Not having more time (or the right set of wheels) to explore breathtaking Tombstone and drive the Dempster Highway further north past the Arctic Circle is our biggest regret of the whole Canada trip. Practising my out-of-the-car photography skills in Tombstone. This is just the beginning of the Arctic Tundra.

2. FLYING OVER THE WORLD’S LARGEST NON-POLAR ICEFIELD AND GLACIERS IN KLUANE NATIONAL PARK

Magnificent, awe-inspiring, breathtaking, imposing… I could list a thousand grand words to describe Kluane National Park and still wouldn’t quite capture the raw beauty, stunning silence and imposing mountain peaks of this enormous national park. Seeing it all from a tiny ski plane was incredible! Soaring above the endless St.Elias mountain ranges in Kluane

This road was our entry from the Inside Passage into the Yukon and what an entry it was! Snow-capped, craggy peaks, sub-alpine meadows, trees and shrubs awash in bright red, orange and yellow colours as far as you could see, hardly any cars, and Kluane National Park as the destination. Driving over Chilkat Pass (1,070m) on the Haines Highway

4. BEING STUNNED BY THE BEAUTY OF LAKE AGNES AND DELIGHTED BY MORNING TEA AT THE LAKE AGNES TEA HOUSE

If you ever wanted to see crystal clear reflections in a lake, Lake Agnes in Banff National Park is it. Canada boasts tons of lakes that offer stunning water reflections but here is a lake that is framed by stark mountain slopes, snowy peaks, larch trees and clouds that appear clearer in the water than in the sky. Sublime.

And Lake Agnes Tea House! Delightfully quaint and seriously delicious tea and cake. It gets pretty squishy in there so come early. Plus, there are so many teas to choose from, it makes your head boggle and you’ll need some time to decide! Having chased other people’s stories about grizzly bears for five weeks (see below), we were at last rewarded by our very own grizzly bear sighting a week before we were due to fly out again. There he was, in the middle of the highway in Kananaskis Country!

Eventually, we had to give up without a half decent photo but the first sighting of a real – and humongous! – Mr. Grizzles remains a highlight! And without giving us so much as a second glance (or a decent photo), Mr. Grizzles toddled off…

Canada delivered so many other breathtaking moments, like when we were struck by the haunting beauty of Rawson Lake (Kananaskis Country) after a hike that went uphill for almost 3 km instead of being flat, or when we crawled out of our sleeping bags at 2 am and 0°C to see our first Northern Lights flickering in the Yukon night sky, or when we were almost frozen on board our Alaskan ferry because we couldn’t tear ourselves away from being awed by the stunning fjords along the Inside Passage, or …

But no trip is without its ‘lessons learnt’ and so here are our Canada Flop 5, either due to our lack of planning or as an outright disappointment.

There’s always the danger that high hopes and expectations fall flat and this they did at the Northern Lights Wolf Center, a wolf rescue and conservation centre.

Lonely Planet advises that you can “see wolves in nature and learn about bear [sic] conservation”. I did learn a few things about wolf conservation and wolves in general, such as about their complex family structures, and what they eat and don’t eat (humans, for example). You can also “meet a resident wolf or two” (all apparently 100% wolf but how would they know since they don’t do DNA analysis), but what they don’t tell you is that you’ll only get to see a wolf or two caging around from behind a fence and only if the wolves feel like it.

Well, I could have put up with that but what I couldn’t abide was the polemic and antagonistic tone and rhetoric they used to present the conservation talk.

I have no doubt that wolves are endangered in Canada and that wolf culling is frequent and a much politicised issue but having a 25-year old Australian with no background in conservation, biology or similar deliver statements about the Canadian Government and what it should or shouldn’t do just seemed ludicrous.

Less pomposity, and more facts and a balanced view next time, thank you.

Whilst the wolves were my single biggest disappointment, visiting gold-mining Dredge No. 4 was the husband’s. I didn’t go, choosing to visit the Dawson City Museum instead, so here’s a word from the husband:

“I was very excited to go and visit a restored dredge from 1912. As big as a football field the info claimed, which might be true but turns out that American football fields are about half the size of Aussie Rule football fields. Still, at 90 metres long, it was truly impressive and Parks Canada have done an absolutely amazing job restoring it.

What I didn’t appreciate was the tour itself. The lady who ran the tour had her own spiel to go through with lots of information. However, I am one to ask a lot of questions of things that I find of interest. She answered my questions but then immediately went back to her spiel, rather then following through with the conversation. And since I was the only one on the tour, it was hard to sneak away, look at things and take the time I needed to look and truly experience and appreciate the dredge.” The four-story high, massive Dredge No. 4 that once was used to mine Bonanza Creek (and others) for gold

There are some really gorgeous places on Vancouver Island but we didn’t do enough research and planned our time there completely wrong. We ended up being stressed and not impressed by the endless driving we had to do in order to get to our pre-arranged campsites scattered all across the island (I thought I’d worked out a good loop but far from it…).

If we had those five days again, we’d do it very differently, leaving aside French Beach and not meandering around the southwestern shore of the island but making our way straight to Tofino perhaps and spending a couple of days there (instead of a couple of hours). I would have loved to do a kayak wildlife watching tour there but no time.

Or maybe we’d go straight to Strathcona Provincial Park but rather than camp at Buttle Lake with 130 other camping parties we’d stay at the quieter Ralph River campground for a couple of nights. Or maybe we would leave busy southern Vancouver Island behind and go up to Telegraph Cove in the north, do a bear-watching tour or hike parts of the wild North Coast Trail and explore Cape Scott Provincial Park.

READ MORE: 5 Lessons on How Not to Do a Vancouver Island Road Trip Taking Highway 19A along the eastern shore of Vancouver Island. This was ‘un-busy’…

Let’s just say that Canada isn’t the place to go if you love coffee but if you persevere, you will find a semi-decent cup of coffee every two weeks or so (if you’re lucky). But if you want just about the worst cup of coffee you’ll ever have in your life, you should go and visit the Plain of Six Glaciers Tea House. You will be richly rewarded.

Unlike the Lake Agnes Tea House and its absolutely scrumptious menu, the Plain of Six Glaciers Tea House in Banff National Park was such an utter disaster that I almost considered not paying and just walking off.

From terrible service, luke-warm, tasteless tea (how is that even possible?!) to dishwashing water-like coffee, it was just simply a mistake to stop there. Looking towards the Plain of Six Glaciers Tea House (hiding in the trees right in the middle). The weather almost reflected the quality of the tea and coffee.

We spent half our time in Canada listening to other people’s stories of where they’d just seen bears, 5 minutes ago, 10 minutes ago, half an hour ago…

We missed out on seeing a black bear munching on berries perched up in a scrawny tree near Hazelton by about a couple of hours. If you saw the tree, you’d never think that a bear could climb that but apparently they do.

We missed out on meeting a grizzly bear near Jasper in the Rockies because I was too chicken to keep walking after we’d been told by another couple that a grizzly was just around the corner feeding on berries. In hindsight, the bear was probably way too busy stuffing himself full of berries and couldn’t have cared too much about us, and we could have observed him from a safe distance (though they are very fast movers!).

We missed out on properly seeing our first grizzly bear by about two minutes (just saw him skedaddle into the underbrush in a great hurry) because I was too busy admiring the mountains and valleys in Kananaskis Country and taking photos.

But the biggest disappointment by far came early on in our trip when we missed out on seeing a grizzly bear mama and her two cubs feeding on salmon in Alaska by about 10 minutes. We won’t go into all the details as to why we missed the bears this time but let’s just say that I was slightly more annoyed than the husband. We saw plenty of these, just not the real deal. At least we didn’t have any nasty encounters!

There were a few other things that we didn’t delight us, such as the ridiculous (off-season!) crowds in Banff and Jasper National Parks and especially along the Icefields Parkway. I can’t even imagine what the Rockies would be like in summer, it must be mayhem and entirely unpleasant.

The weather along our first leg of the Inside Passage, as we left the Yukon along the Alaska Highway or when we drove the scenic Icefields Parkway wasn’t the most splendid either; in fact, you could say that it was rather bleak and uninspiring.

And then there was the lack of wildlife…

This was especially disappointing in the Yukon where we had expected to see bears and moose around every corner. But maybe we simply went at the wrong time of the year and the bugling elks in Jasper did make up for it a bit! 🙂

Despite these few flops, Canada was seriously amazing and breathtaking with so many incredible moments that I can’t wait to return and see some more! 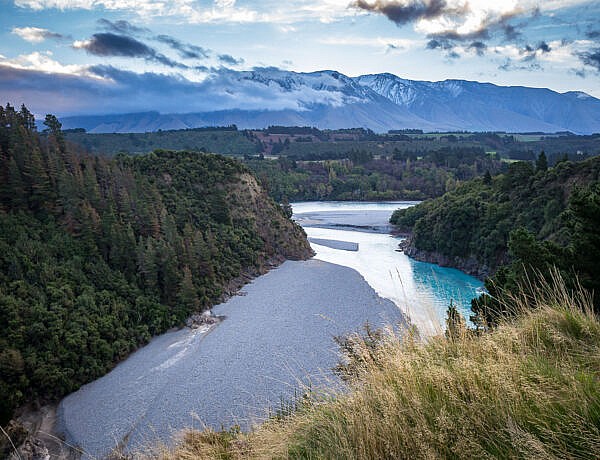 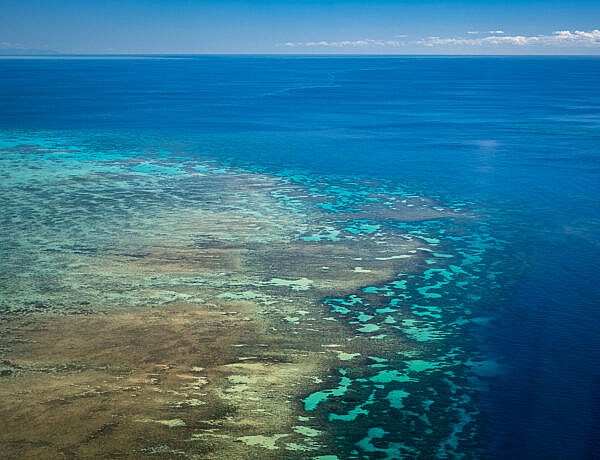