Germany is just laced with castles, and Burg Rheinfels is a great example of medieval fortress ruins along the Rhine River in Germany. Open over the summer months, it's a fun place to explore.

One of the funnest things we did on our campervan trip across southern Germany was poking around medieval Burg Rheinfels.

Built in the 13th century, the ruins of this ancient castle are perched high above the banks of the Rhine River. As well as getting splendid views down the river valley, visiting the old fortress is also heaps of fun.

And best of all, it costs next to nothing (a whole €5 for adults). The banks of the Rhine are dotted with quaint (and a few rather touristy) towns, sloping vineyards and just about a hundred or so castles and fortresses. Some are open to the public, some are not.

Unlike some stunning palaces, Burg Rheinfels is no longer in pristine condition. There are few roofing structures left in place, the paths are uneven and overgrown, and you’ll need a torch to explore some of its labyrinthine passageways and tunnels.

But that’s precisely why it’s so cool to visit. Along some of the battlement passageways

Built in 1245 to protect tax collectors (!) from the nearby town of Sankt Goar, Burg Rheinfels stood as a mighty fortress for more than four hundred years.

By the late 17th century, it was the only fortress left on the west bank of the Rhine but it managed to hold on against invading forces until 1794 when it was handed over to the French. A couple of years later, the walls and the castle itself were blown up, and the remains are what you see today. If you visit the tiny museum, you can learn a bit more about the history of Burg Rheinfels. Admittedly, without knowing some German, it won’t be quite as fascinating.

HOW TO VISIT BURG RHEINFELS

The castle is open daily, and you’ve got the choice of doing a self-guided tour (what we did) or joining a guided tour.

You don’t need to pre-book the guided tours but times vary every day. During the week they may only offer one tour a day but on weekends it’s often 3-4 tours. The cool thing is that you’ll get to see parts of the castle that are not accessible otherwise.

The only thing is that I’m not sure if they offer tours in English as well or only German.

They didn’t offer a guided tour the day we went so we just grabbed a map and followed the castle trail.

The self-guided tour has changed a bit since we did it a few years back as the castle is still being restored. Some areas are no longer accessible on your own (i.e. the tunnels… what a shame 🙁 ). The husband really enjoyed crawling down the High Mine Shaft and getting (almost) lost in the myriad of tunnel options. But regardless, you should still be able to have heaps of fun following the medieval castle trail along the battlements, courtyards, towers, stables, narrow stairways, and various other fortification structures.

Burg Rheinfels isn’t exactly overrun with tourists but it’s not unknown and you might encounter school groups. So be (mentally) prepared for that, and don’t expect to have the castle all to yourself (unless it’s a gloomy October day…).

So here are a few tips for visiting Burg Rheinfels:

To get an idea of what it’s like roaming around Burg Rheinfels, flick through the photo gallery below.

Burg Rheinfels definitely isn’t your ordinary German castle. There’s no timed entry, no horrendous ticket fees, no masses of tour buses, no audio guide on an app, and no fancy café.

Just my cup of tea.

It’s basically a great spot to easily while away a couple of hours, especially if you’ve got kids who love exploring, are a kid at heart yourself, are nuts about history and culture, or simply want to scare yourself witless and get lost in one of the dark tunnels.

I loved all the nooks and crannies, and the views are hard to beat, even when the weather isn’t playing along. Views over St. Goar and the Rhine River

MORE POSTS ON CASTLES AND PALACES IN GERMANY

Close to Berlin, Schloss Sanssouci is a grand palace full of 18th century Prussian splendour. It’s a bit pricier than Burg Rheinfels but you’ll get fully functioning buildings (with roofs and all that), magnificent interiors, and beautiful parks and gardens.

And for a day trip from Munich, you could visit idyllic Schloss Herrenchiemsee, one of King Ludwig’s castles. 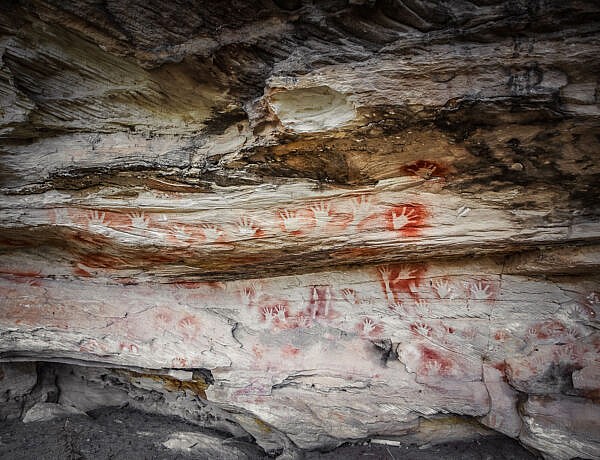 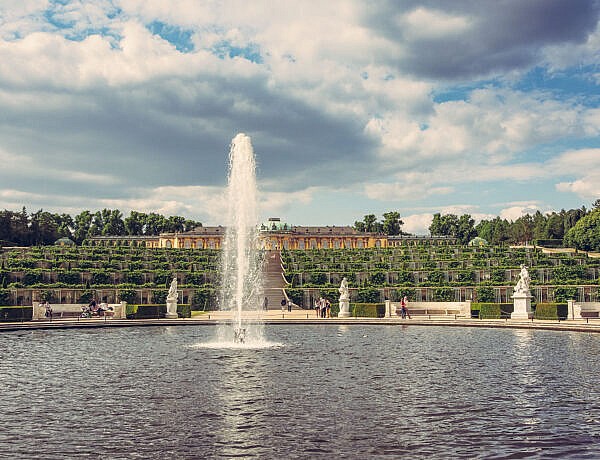 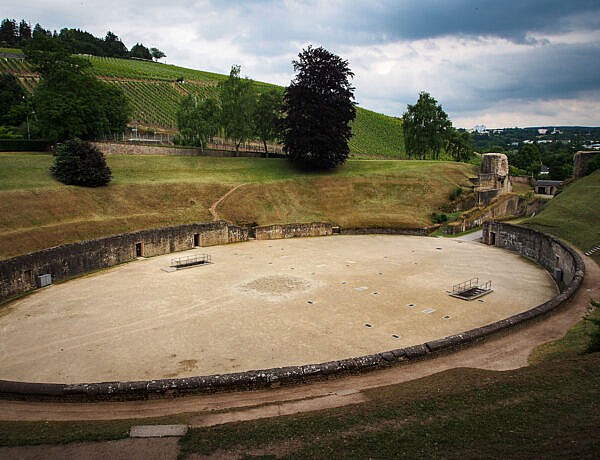 How to Do a Scenic Drive in the Blackall Ranges